Edward Cagney Mathews was in for a rude awakening and recieved just that on July 5th after video footage of him verbally attacking and attempting to intimidate his black neighbor, as well as challenging the public to "pull up", surfaced and went viral on social media.

Twitter and the local New Jersey community responded collectively with a,  "challenge accepted" as droves of people pulled up outside his Mount Laurel home Monday morning. A rightfully angered mob of approximately 150 demonstrators gathered outside his house chanting for him to come outside.

The entire situation began when Mathews approached his African American neighbor and accosted him in front of a neighboring home. He yelled racial obscenities and slurs including referring to the man as a "monkey" and telling him to "go back to African". He continued to advance on the innocent man attempting to antagonize him into a physical fight. However, the man defending himself continued to warn Mathews not to touch him repeatedly. Mathews continued to call the man the "N Word" and every slur from the racist playbook.

Mathews proceeded to approach the cameraman, still hurling insults. He goes on to say unabashedly, "What do you think I told the Mount Laurel Police.. get these effing monkey 'n words' out of here. And that's me talking ish. 3602 Gramercy Way that's where I live. That's where I live... bring whoever!"

And the locals of Mount Laurel did just that. Check out footage live from the demonstrators who showed Mathews the black community wouldn't be tolerating disrespect any longer.

Here's the full six minute video of the racist in Mount Laurel, NJ. This video is insane. This moron said his address in this rant, and there are now protesters on his doorstep. Live stream here: https://t.co/t9roQPUf8i pic.twitter.com/wfbzA0uPy4

Another woman stepped forward after the latest incidents of Mathews disorderly behavior surfaced. In 2017, he was filmed harassing a black woman telling her the police are on his side and that “you're not gonna get any help from the cops because they're my people.”

Here is Edward In 2017 harassing a black woman telling her the police are on his side and are “his people” when he harasses them. pic.twitter.com/eaHyirI1ga

Protesters chanting outside the home of Edward Matthews, the South Jersey man captured on video in a racist rant. They just set up a speaker in front of his home. Looks like they plan to be here for awhile. Follow story @PhillyInquirer pic.twitter.com/MSplRgRPRl

Dozens are still out in front of Edward Cagney Mathews home. The police officers are standing in front of his front door. pic.twitter.com/jqp0ORPzlp

Mathews was arrested and removed handcuffed from his home by police Monday as a crowd jeered and some pelted him with debris.

In a phone Interview with The Inquirer, Mathews states that he was indeed inebriated and fueled by preexisting bad blood between himself and the local homeowners association.

He claims that his slurs were not initially meant to be racially based and that, “Anybody that knows me know that I just talk like this."

Sounds like the usual "Karen's Cop Out Phrase" to us however, we would love to hear your thoughts on this story. Comment down below if you think Mathews got exactly what he literally asked for or if justice was served. 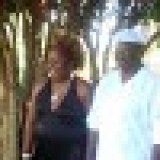 He deserves more he is where he needs to be. I’m not racist I’m a lover of all and what Matthews done is unforgivable also it shows his stupidity . It is sad that it’s 2021 and people that were not even born when there were slaves act like it’s still a thing WE ARE FREE DAMNIT ACCEPT IT AND MOVE ON!!!!! Matthews is rude and ignorant he got what he asked for people of different races pulled up to his house not just black. SMH now the police has to protect his ass from a total beat down we are all gods children and god don’t like ugly karma is a bitch Matthews